The study found that only 33 percent of parents consider dental health a concern for their child, and 97 percent were unaware that infants should be brought to a dentist in the first year of life.

William Berlocher, president of the academy, said that tooth decay can begin as early as teeth begin to emerge, which is typically around six months, and that life-long problems can occur if these early issues are not treated.

“Oral health is absolutely critical for overall health,” he said. “Parents know the value of early visits to the pediatrician, but it’s alarming to learn how few parents understand that infants need to see the pediatric dentist before their first birthday, even before baby teeth appear.”

The American Academy of Pediatric Dentistry says that baby teeth can be very important to a child’s development because they help the child learn to chew and speak properly. 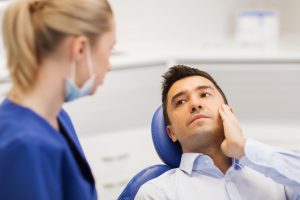 Toothache: Now What Do You Do?

Your tooth is throbbing. But you’d hate to take a[...]

Are You Brushing Your Teeth Properly?

Have you ever wondered if you are brushing your teeth[...] 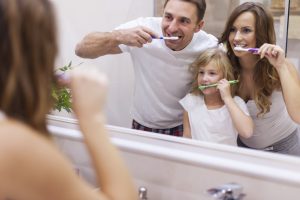 The Importance of Brushing and Flossing

What is plaque? Plaque is a sticky film of bacteria[...]